Thomas Wolsey was born into humble beginnings in Ipswich in the 1470s. Using his prodigious intellect, he excelled at university and rose to become Henry VIII’s chief advisor  and one of the most influential men in Europe.

Wolsey made plans for a college in Ipswich, and in other towns around England, which would lead the way in religious thinking. He surrounded himself with finery and planned a grand tomb, decorated with gleaming angels. From this mighty position, Wolsey suddenly fell from Henry’s favour. Accused of being a traitor, he died with few friends and all of his worldly goods lost.

Discover the man behind the story through the angels that he designed for his tomb, the Charter that founded his school in Ipswich and his portrait. Explore some of the Ipswich Museums’ rarely displayed Tudor objects and delve deeper into Tudor Ipswich.

This exhibition brings together objects not seen before together outside of London. 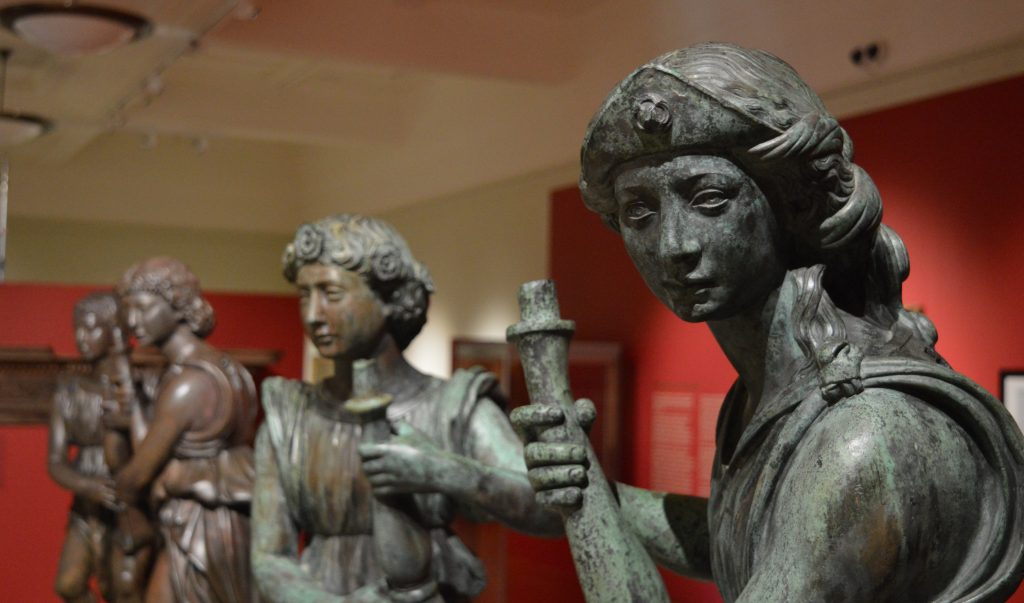 You can find out even more on the Colchester & Ipswich Museums website, or visit for some Culture & Cake, a Curator’s Introduction or even a walking tour of the town!