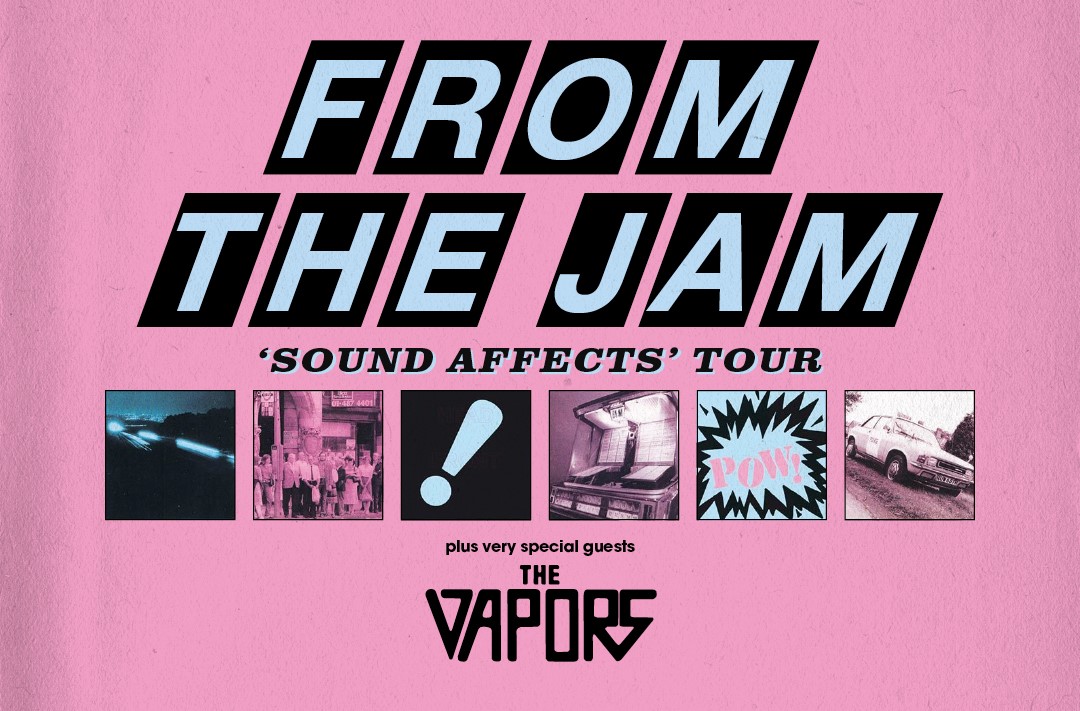 From the Jam are celebrating ‘Sound Affects’, the 5th studio album by The Jam, by performing it in full plus more classics by The Jam. ‘Sound Affects’ reached #2 in the UK charts and featured two of the band’s most-loved singles ‘Start!’ and ‘That’s Entertainment’.

Led by original bassist with The Jam, Bruce Foxton, and Russell Hastings, From the Jam formed in 2007 performing around the world to sell-out crowds and reaching the UK albums charts with the 2017 LP ‘From the Jam Live!’.