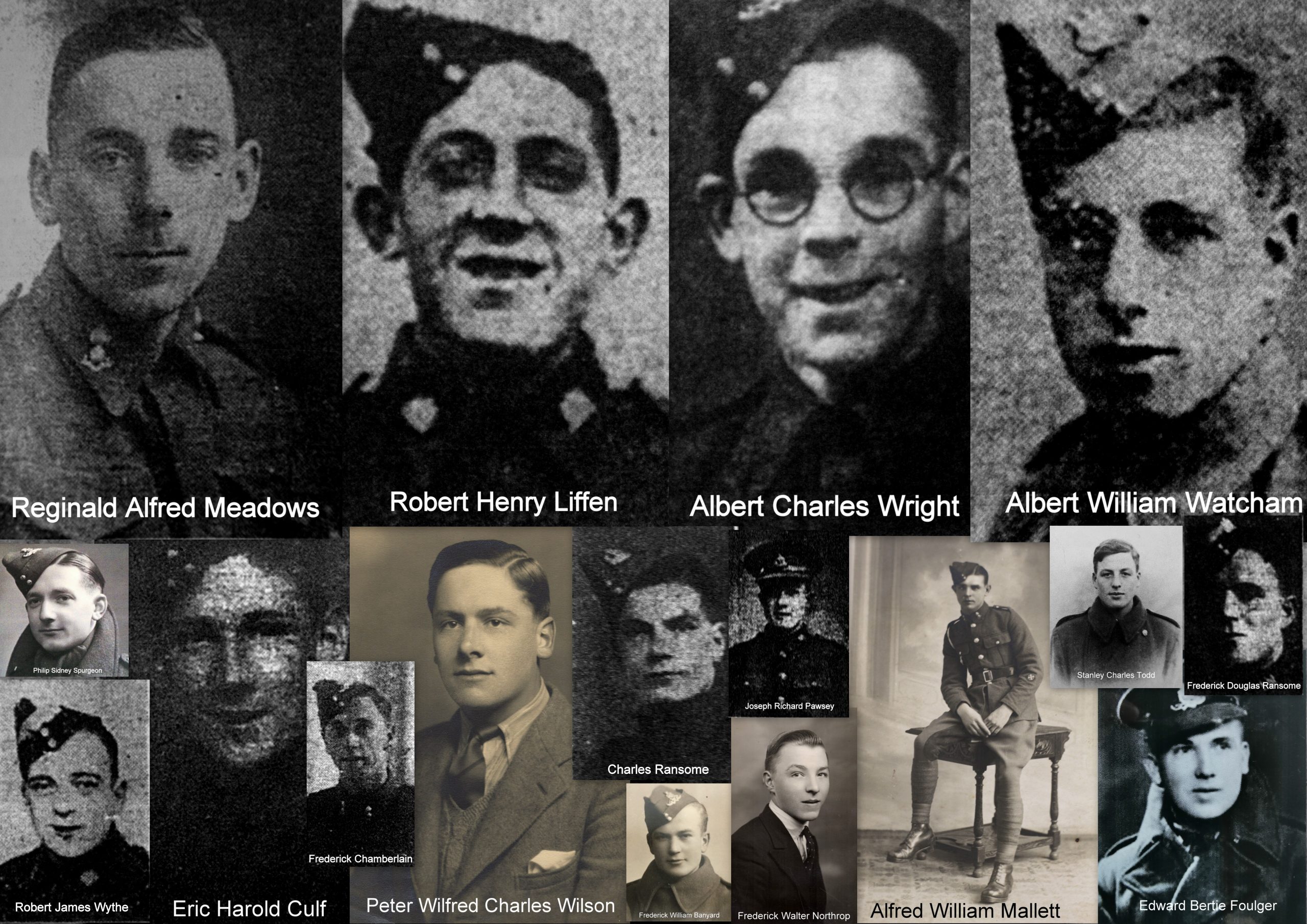 A panel of images from the Ipswich War Memorial Project will be displayed on Ipswich Cornhill as part of Remembrance commemorations this November.

The research began in October 2014, to discover the stories of the 1,481 names commemorated on the First World War memorial at Christchurch Park. The research extended to places of worship in Ipswich, schools and places of work. Including many more Ipswich lives lost who were never added to the war memorials found around the town.

Various families, associations, clubs, schools, colleges and universities have kindly allowed use of their photographs and provided extra information to help tell the stories of these valiant men & women of Ipswich.

The ongoing project has reunited families with photographs, medals and also helped to provide extra information and untold accounts on family members lost.

This year marked the 75th anniversary of the end of the Second World War. This exhibition shows a handful of the 650+ lives lost from Ipswich, who served with the Royal Navy, Army and R.A.F., using newspaper images and information from the time, as well as family accounts and war records.

Included in this exhibition is the recent account of 100 year old Mr. Ernest Brett, who for the V.J. Day commemorations wished to honour his friend Basil Groom, who was killed by his side at the Fall of Singapore.

A panel is also dedicated with images of some of the Ipswich men, who, after enduring inhuman living conditions and extreme brutality on the Burma/Thailand railway, were tragically lost on Hell Ships whilst being transported as prisoners of war in the Far east. As well as Ipswich Pow’s lost in the Mediterranean.

The exhibition is sponsored by Ipswich Central and Ipswich Borough Council.